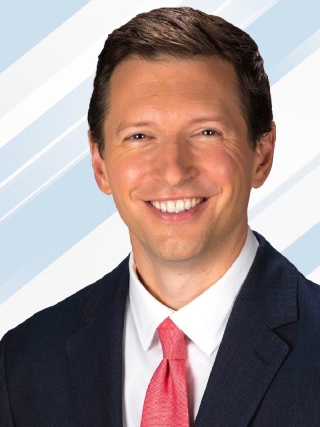 Adam Slinger anchors and produces Good Evening Columbus on ABC6 at 7PM. The program is the second newscast that Adam assisted in launching at ABC6/FOX28.

In September of 2013, Adam was named the first co-anchor of the weekend edition of Good Day Columbus.

Before making the leap in front of the camera, Adam worked behind the scenes at the weekend edition of NBC's Today show. At 30 Rockefeller Plaza in New York City, he produced and booked exclusive guests for the morning program and assisted in the production of several NBC News Special Reports, including the space shuttle Columbia disaster, Operation: Iraqi Freedom and the capture of Saddam Hussein.

Adam has a bachelor's degree from New York University where he studied politics and American history. He also spent several months in London, England studying Middle Eastern politics and the British media.

Originally from Dublin, Adam and his wife have three children.