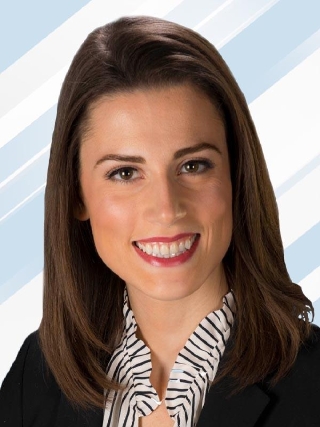 It’s been a long-time dream for Alexis Moberger to be reporting and storytelling in her hometown.

Alexis was born and raised in Dublin, Ohio. Most of her family lives in Columbus and both of her parents attended the Ohio State University. So, as you can imagine, Alexis is a big time Ohio State fan.

A proud graduate of DePaul University, Alexis enjoyed living in the bustling city of Chicago. While there, she majored in broadcast journalism and was actively engaged in her college broadcast program, Good Day DePaul. Before moving back to Ohio, Alexis worked for two and half years as a general assignment reporter and fill-in anchor in West Lafayette, Indiana at the CBS affiliate WLFI.

Some of Alexis’ hobbies include yoga, dance, and acting. Alexis participated in theater for most of her life and attended the performing arts high school Village Academy in Powell. But her number one passion is storytelling and she feels lucky getting to do what she loves every day.

Alexis is always looking for a good story idea or tip. If you have a story idea, send Alexis an e-mail at amoberger@sbgtv.com or connect with her on Facebook and on Twitter.