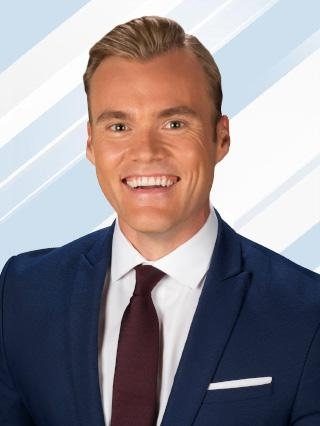 Cameron is an EMMY Award-winning feature and entertainment reporter for ABC 6 and FOX 28 and the CW Star on The CW Columbus.

Cameron was born in Osaka, Japan, grew up in Southern California from age 7, moved to Columbus, Ohio in 2005 and currently resides in Pickerington with his wife Katie and daughter Chanel. He graduated from Valor Christian College majoring in music.

Before joining The CW, ABC 6 and FOX 28, Cameron was the Creative Director for World Harvest Church and Breakthrough Television for five years and has been working in branding, graphic design, animations, media, and television & radio production since 2007.

A world and pop culture aficionado, Cameron also enjoys music, eating every kind of culinary creation imaginable, fitness, extreme sports, festivals, meeting new people and having fun with his family. If it sounds exciting, he wants to jump in, experience it, and creatively bring everyone in on the action.

Join the adventure and catch him weekday mornings in "Cam Around Town!"