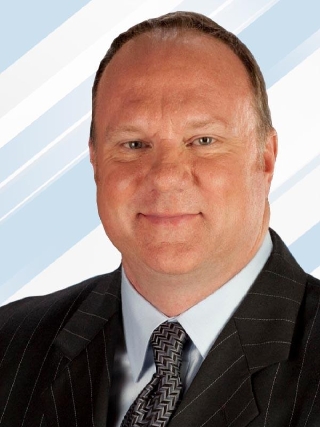 Clay Hall is the Sports Director for ABC 6/FOX 28.

With 16 years covering central Ohio sports, he's been in press boxes from Tuscon to Raleigh, the Meadowlands to Pasadena, covering the beloved Buckeyes on game day and beyond the game for events like the crowning of two Heisman Award winners: Troy Smith and Eddie George.

Every fall, Clays principal duties include Ohio State football. Viewers can see him on the field for pre-game and post-game coverage on the Emmy Award winning The Football Fever on ABC 6. Whether he's in the Shoe or on the road, Clay sets the scene for one of the greatest traditions in college football.

Hall led ABC-6 and FOX-28 to be named Best Sports Operation in Ohio by the Associated Press for 2010 and 2001. Clay and the sports team won a regional Emmy Award for pre-game coverage of the OSU v Michigan game in 2003.

Clay takes viewers "Beyond the Game" weeknights at 6pm on ABC 6, introducing viewers to athletes and sporting events and special stories of the human spirits triumph over adversity.

Clay is a Central Ohio native; an Upper Arlington High School graduate who used to caddy at the OSU Scarlet Course as a teen. He later won a few bucks from ABC's Brent Musberger in a Buckeye golf outing on the same course.

Even away from work Clay is a sports fan, watching his three sons play and trying to keep up with his loyal black Labrador, Mojo. To this day, his greatest accomplishment remains getting Pat to say "I do" in 1982.