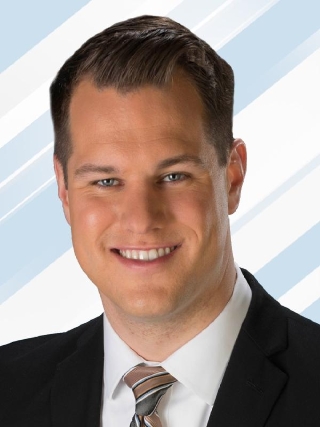 Geoff made Central Ohio his new home in January 2018, after spending his entire life living and working in Upstate New York.

Geoff grew up near the cities of Buffalo and Rochester, New York, and was inspired to become a reporter by watching ABC 6/FOX 28's sister station in Rochester, 13 WHAM News. After college at Niagara University (just a few miles from the famous Niagara Falls), Geoff took his first job as a radio news reporter for AM-1490 WBTA in his hometown of Batavia, NY. That was soon followed by television reporting jobs in Batavia and then Rochester.

From 2013 to 2017, Geoff was a lead news reporter in Albany, the capital city of New York State. During that time he reported on Pope Francis' first visit to the United States, and covered day after day of the infamous escape of two murderers from Clinton Correctional Facility in Dannemora, New York.

Geoff married his lovely wife Lindsay in August 2015. Their family grew by one a year after the wedding — not a baby, but a dog named Augie that is spoiled like one!

Geoff is glad to be in the football-rich city of Columbus, but still primarily roots for his hometown underdogs, the Buffalo Bills.

Make sure to connect with Geoff on Facebook, Twitter, and Snapchat, and email your story ideas at gsredick@sbgtv.com.