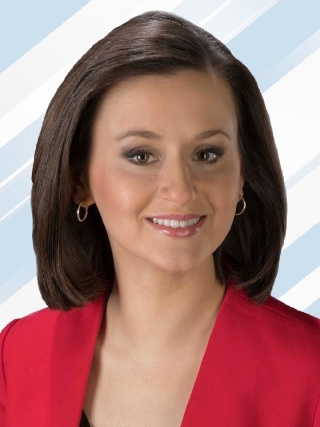 Haley Nelson is thrilled to be back in Ohio reporting for WSYX/WTTE.

Born in Cleveland and raised in Toledo, Haley has been visiting Columbus for years. The Ohio-native’s grandparents lived on the Northwest side for twenty years and she still has family in the Columbus area.

A proud graduate of Indiana University Bloomington, Haley majored in Journalism and International Studies. Haley’s parents are both graduates of The Ohio State University, so safe to say she roots for the Big Ten.

Before moving back to Ohio, Haley worked for two and a half years as a morning reporter and anchor in Michigan State Spartan Country - at the NBC affiliate in Lansing, Michigan.

While in Lansing, Haley reported on community issues, exposing housing problems for low-income families and overcrowding at local shelters. One of her big passions, Haley worked with the local library and literacy groups to get young kids interested in reading.

In her free time, you can find Haley at the dog park with her rescue dog Watson, reading, or trying out some of Columbus’s fantastic restaurants. Connect with Haley on Facebook – whether it is story tips or restaurant tips!

You can see Haley’s reports weekdays at 5 and 6 p.m. on ABC 6 News. You can also watch her bright and early on the weekend edition of Good Day Columbus.