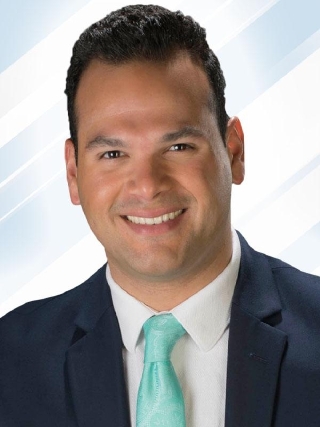 Jesse Pagan is ABC 6 On Your Side's Consumer Investigator, focusing on keeping you safe from scams, rip-offs, and recalls.

Jesse is an award-winning journalist. Before joining ABC 6 in March of 2019, he was a reporter at NBC2 in Fort Myers, Florida.

In Fort Myers, Jesse worked on and broke several major stories; he was the first reporter on-scene when a plane crashed into a daycare at Chico's headquarters campus. His breaking reports and subsequent coverage earned him and his coworker's a prestigious Edward R. Murrow award. Jesse has been honored with other awards from the Associated Press.

Jesse was born in Puerto Rico, where his father was stationed for work in the Army. He moved to Orlando, Florida when he was eight. He's a proud Florida Gator, graduating from the University of Florida in 2015. After college, Jesse worked at World News Tonight with David Muir, at ABC News' headquarters in New York.

In his free time, you can find Jesse scarfing down food at the newest place he discovered in town and working up a sweat outside. Got any food recs?