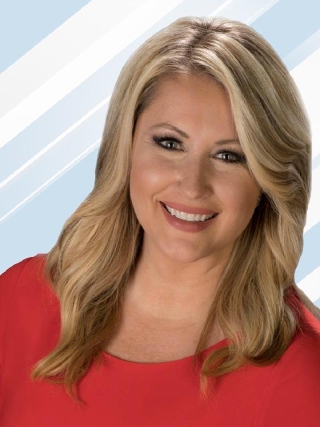 Jessica Ralston is an "Ohio girl at heart" and proud to anchor Good Day Columbus from 5am-9am weekdays on ABC6/FOX28.

She was raised in Youngstown, Ohio and graduated from Youngstown State University during the "Jim Tressel" era.

She got her start in news as a Producer at WFMJ-TV21 in Youngstown. Then she moved on to Clarksburg, West Virginia where she worked as an evening Anchor\Reporter at WDTV, Newschannel 5.

After that, she laid down roots in Charleston, West Virginia at WSAZ TV-3. Jessica spent 10 years there, working her way up from Reporter to Evening Anchor.

Jessica then left the mountains of West Virginia for the bright lights of "Music City". She moved to Nashville and WTVF Newschannel 5, where she anchored the evening newscasts and hosted a show called "Openline".

While in Music City, "Nashville Scene" magazine honored Jessica as a "Style Setter: One of the city's 10 best-dressed".

She has a long history of charity and volunteer work and fully believes in investing in the community and giving back in any way possible.

Jessica is also passionate about helping victims of crime find justice, issues that affect women/children, and she is an advocate for animals.

When she's not at work Jessica loves to travel the world and spend time with family and friends.

She lives in Columbus with her 2 miniature Dachshunds, Ginger and Ellie Mae and her Boxer puppy named Parker-Paisley.