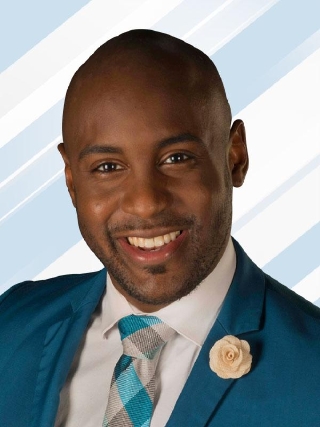 Joe Sam joined the Good Day Columbus team as a Feature/Entertainment Reporter in 2018. He comes to Central Ohio as an award-winning journalist and native from Louisiana.

Joe’s initial exposure to the world of TV news was as a News Content Specialist in Baton Rouge, Louisiana. The success in his course of study at "Thee" Southern University A&M College coupled with his infectious personality landed him a position as an Entertainment Radio Personality at the historic black college and an internship at Fox8 New Orleans and Max94.1. While juggling all these tasks as a top student, Joe won an audition to serve as the BET Correspondent for the Black College Tours where he was featured on national television. Subsequently, he accepted a position in Lafayette, LA as a Newscast Editor/Producer where Joe learned the art of creating artistic visuals and eye-catching graphics. After working as a reporter with a local news station for 6 months, it was evident that Joe was a natural story-teller. It only took a short time in front of the camera before Joe moved to Florida to work as the Morning Anchor/Reporter for ABC27.

After losing his two-year-old nephew to child abuse, Joe’s love for the betterment of children pushed him into becoming a strong advocate for abused and neglected children in foster care where he worked as Communications Director for the Court Appointed Special Advocates (CASA). His passion for storytelling and his strong religious spirit, which he often expresses through his poetry, has equipped him to be a solid voice for any community.

Joe then accepted a Social Media Anchor position in "that state up north" where he hosted the 4 p.m. newscast talking about top trending stories on the web and learned that he and winter were not friends after all!

Joe is a proud member of Kappa Alpha Psi Fraternity Incorporated, the NAACP, National Association of Black Journalists, Columbus Urban League for Young Professionals and the National Society of Leadership and Success. He has been honored with several awards for his storytelling and was most recently nominated as a finalist for having the best morning show in Acadiana by the Louisiana Association of Broadcasters.

When he's not chasing stories, you can find him hunting for the best food spots in the city, cooking some tasty creole/cajun dishes at home, staying in shape at the gym, participating in races and marathons, vlogging about the hottest male attire and wardrobe, performing slam poetry, hunting for deals at thrift stores, playing video games and hanging out with family and friends. He's always up to meeting new people and learning more about the city, so if there's a positive/fun story you would like for him to cover or you just want to say HEY! Shoot him an email at jasam@sbgtv.com