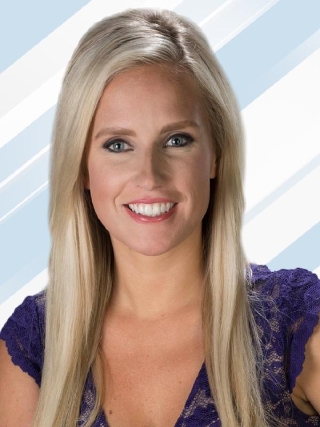 Katie McKee joined the Good Day Columbus team at ABC6/FOX28 in June 2017 as a traffic reporter/anchor.

Katie is from Springfield Ohio, and is ecstatic to be back in Ohio after several years working for other news stations in the Southeast.

After graduating from Ohio University with a degree in Political Science she eventually landed her first reporting opportunity at the Fox Affiliate in Columbia, South Carolina. There she broke a story of a missing 15-year-old girl named Gabbiee Swainson, that eventually made national headlines.

Katie stayed in Columbia for 3 years finishing her time in the Palmetto State at NBC Affiliate WIS where she worked as a morning reporter and anchored the noon newscast.

In 2015 Katie moved to Jacksonville Florida, for a reporter position at CBS/FOX.

During her time in Florida she spent a week in Orlando covering the Pulse Night Club Shooting as well as Hurricane Matthew and the storms aftermath.

Katie is now back to the early morning weekdays from 4:25am to 8:30am on Good Day Columbus with everything you need to know during your morning commute.