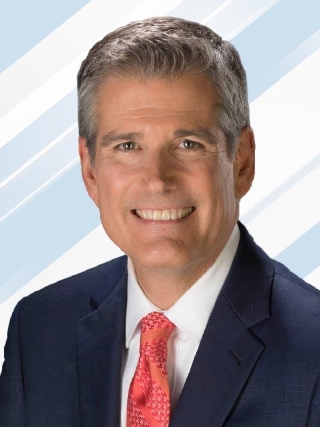 Kurt Ludlow is one of the most respected and recognizable newscasters in central Ohio, and he is honored to be a part of the ABC 6/FOX 28 team. You can catch him anchoring Good Day Columbus alongside Jessica Ralston weekday mornings from 4:25 to 9 a.m.

Kurt is a dedicated reporter with a nose for news, a passion for community journalism, a devotion to community service and a reputation for impeccable ethics.

His career has taken him from Duluth, Minn. - to Columbus, Ohio - to Portland, Ore. - and back to Columbus where he’s remained since 2003. He has spent nearly thirty years in central Ohio as a reporter and anchor. His work has been repeatedly recognized by the Associated Press and the National Academy of Television Arts and Sciences. He’s won numerous Associated Press and EMMY awards and is also the recipient of the prestigious Edward R. Murrow award from the Radio Television Digital News Association.

He is the father of twin girls Miranda and Abigail. Kurt and his wife Laura share their home with two rescue dogs named Karma and Jennifer (J-Low), three rescue cats named Barney, Luna, and Phyllis (whom he posts a picture with on social media every morning at 2:45 a.m.), and an 80-gallon saltwater reef tank.

When Kurt’s not at work, you can usually find him spending time with Laura, emceeing an event for a local charity, walking the dogs, or cheering for his beloved Columbus Blue Jackets.