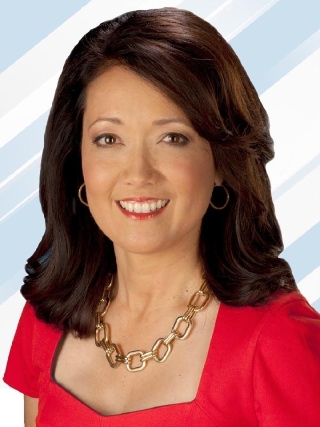 She has also received numerous Associated Press Awards and has been honored with several awards from the Society of Professional Journalists.

She says she's always wanted to be a reporter. When she was a little girl she used to go around the neighborhood interviewing her neighbors. Then she'd send the tape to her grandparents so they could see where they lived. As the daughter of a Military Naval Officer the family moved often... so there were plenty of tapes mailed out.

Maria says she feels very privileged to be able to tell stories and to keep viewers informed about what is happening in their community.

A graduate of The Ohio State University with a degree in Broadcast Journalism and Political Science, little did Maria know she would someday become a news story herself.

In October of 2006 Maria was diagnosed with Breast Cancer.But instead of hiding her diagnosis, Maria decided to share her story in hopes of helping others.

Maria is involved with several cancer organizations ... and as a Filipino she especially wants young Asian American Women to know that it can happen to them. But that early detection is the key.

Maria is also involved with many other community organizations such as the Asian Festival, The Columbus International Program and The National Kidney Foundation,