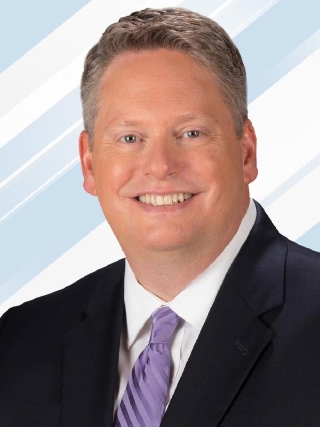 Marshall McPeek is a longtime Columbus meteorologist and journalist. He joined the First Warning weather team and Good Day Columbus in September 2013.

He was promoted to chief meteorologist in April 2018.

Marshall started his broadcast career in Bucyrus at WBCO-AM/WQEL-FM when he was just 14 years old. Since then, the dinosaurs have disappeared, man has discovered fire, and Marshall has worked for stations in Toronto, Cleveland, Southern Illinois, Toledo, and Columbus. Many Central Ohio viewers may remember his 11-year stint co-hosting the weekend-morning broadcasts on, ahem, another local station. He came to ABC6/FOX28 after running off to Key West, Florida, where he founded a successful marketing business.

When he's not staring at the radar or being mesmerized by passing clouds, Marshall enjoys tinkering with his Vortex Fountain project. He also loves exploring the back roads of Central Ohio and meeting the interesting people who make this one of the most fascinating places in the country. He loves to travel and looks forward to meeting you on his excursions!