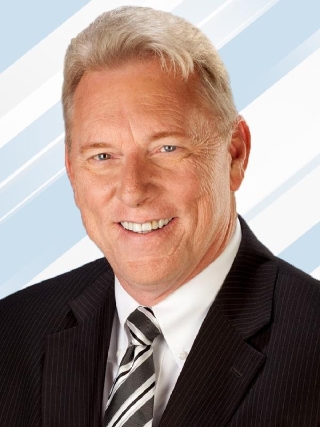 "Mobile Trak" Mike can be found giving viewers a street level look at Central Ohio's roadways; in addition to taking you to the heart of breaking news. Mike is a Columbus native, who then moved to Dayton to pursue a degree in criminal justice at the University of Dayton. He became a police officer in 1977 in the Dayton area .

After furthering his education, Mike became a police basic instructor. It was at that time he got his start in television on L.E.T.N. (Law Enforcement Television Network), covering all types of law enforcement-related stories, ranging from technology to officer safety.

Mike wrote and taught a Police and Media Relations course to mid-level supervisors at the state academy in London, Ohio.

Mike thinks combining a law enforcement background with reporting gives him a unique perspective on news.

"I really enjoy keeping an eye on things from mobile trak. Being a Police officer I can quickly access how bad an incident is and report it to our viewers."

He has spent more then 15 years in the Columbus television and Radio market. Mike has written and performed in numerous commercials and infomercials. He currently serves as Executive Producer for his own weekly TV show, Out n About Columbus -- www.onacolumbus.com -- airing on ABC Sundays at 11:30 a.m. In his free time, Mike enjoys boating, motorcycling and snow skiing.