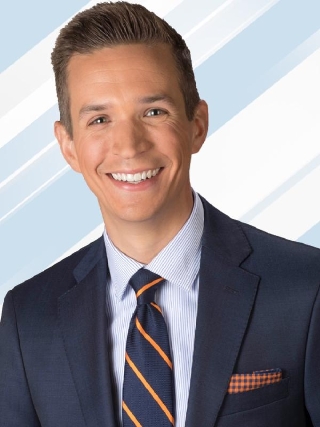 Mike McCarthy is a hometown guy and an award-winning General Assignment Reporter with ABC 6 & FOX 28.

He’s been helping you wake up for the last seven years as a part of the Good Day Columbus team.

Mike returned to Central Ohio after spending three years in East Tennessee. He began his career as a multimedia journalist with WVLT in Knoxville, where his work was honored by the Tennessee Associated Press.

He is from Marysville. His grandparents owned and operated McCarthy Pharmacy, which was known locally for its soda fountain and 5-cent coffee. He was the salutatorian of his class at Marysville High School.

During his time with ABC 6 & FOX 28, Mike has won 11 Emmy Awards. The Ohio Associated Press named "Best TV Reporter" in 2012 and runner-up in 2014. He also has been ranked among the top solo video journalists in the country by the National Press Photographers Association (NPPA). Mike has been featured on Fox News, CNN, and HLN.

He and his wife first met on an elementary school bus. They now live in Hilliard with their two sons.