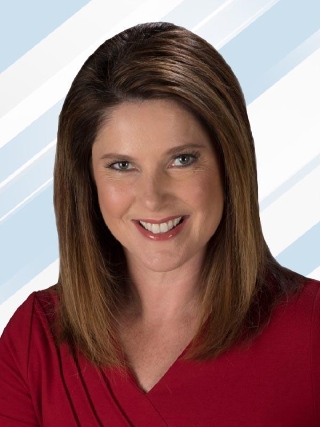 Tara Morgan has called central Ohio home for the last 5 years. She is an EMMY award winning reporter and weekend anchor who joined WSYX news in 2012.

Tara was born in Hartford, Connecticut but grew up in Corpus Christi, Texas.

Tara graduated from Sam Houston State University with a BFA in broadcast journalism, working her way through college as a country music DJ.

While Tara enjoyed her time on the radio, it didn't steer Tara away from her dream of working in television news.

She got her feet wet in Houston, where she worked behind the scenes on the assignment desk and as a producer. Her first on-air gig was in Corpus Christi, Texas, where her parents still live.

Tara came to Columbus from Richmond, VA, where she covered memorable stories like the D.C. Sniper. While in Richmond, Tara also had an unusual run in with a camel that decided to nibble on her hair with the camera rolling!

While away from work, Tara loves to travel in and around Ohio and overseas. Tara also likes to run, and has finished one marathon, several half marathons, and numerous 10ks.

Tara has a tuxedo cat named Pickles and a rescue dog named Jordie. Jordie came into Tara's life while she worked on a story about abandoned dogs during the polar vortex in central Ohio in 2014.