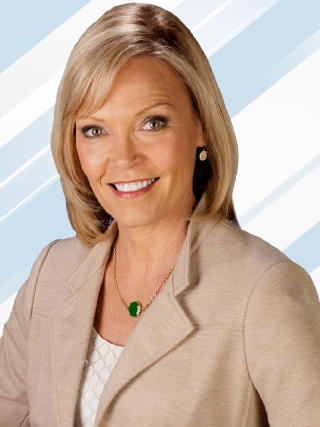 Terri Sullivan is a two-time Emmy award winner who thrives on getting news first, fast and accurate. She anchors ABC 6 News at Noon Monday through Friday, and covers consumer news with the ABC6 I-Team in the afternoons.

Terri is dedicated to the Central Ohio community, and has volunteered with many area groups including Our Lady of Guadalupe Center, a food pantry serving the Hispanic community in Central Ohio.

She has also worked with the Central Ohio Diabetes Association, Komen Columbus Race For The Cure and with the Capital Area Humane Society to name a few.

Terri has been a big supporter of area schools. She was honored with the prestigious "Friend of Education" award for her volunteer work at Hilliard Davidson High School. She was also involved with the Davidson Drama Boosters, which supports the school's award-winning theatre program, and the Bishop Watterson High School Hockey Team.

Terri grew up in Rockland County, just outside New York City. She graduated from Boston University with a degree in Broadcast Journalism.

She got her start at WRKL-AM, an award-winning radio news team in the New York City suburbs. She has also worked at NBC News, Today Show, CNN, and got her first on air job in Rockford, Illinois, at WREX-TV.

Terri lives in Columbus with her husband, Mike, where her dog Millie, a shepherd-beagle mix, rules the roost. You can catch Millie’s adventures on Terri’s face book page.