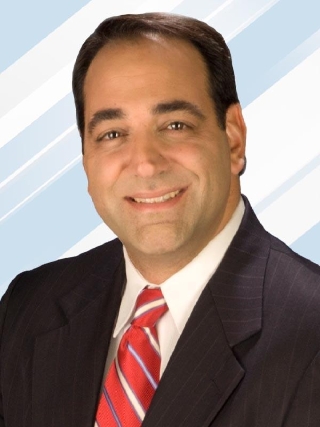 Tom Bosco is an award-winning broadcast journalist who can be seen both in front of and behind the camera.

As one of ABC 6/FOX 28's "multi-media journalists," Tom is a "one man band," both shooting his own stories and presenting them on-air.

A general assignment reporter based in Delaware County, Tom specializes in telling stories in Delaware, Marion, and points north of Columbus, although you may see him all over our region.

"I enjoy the mobility and speed that being an 'MMJ' affords me," he says. "I want to hear about and tell the stories that are important to you."

Tom has reported news on radio and television in Toledo, Cincinnati, Dayton and Nelsonville. He won numerous awards throughout his career.

Tom was nominated for regional Emmy award in 2012 for his work as a multi-media journalist and was named Best Reporter by the Ohio Associated Press Broadcasters Association in 2004. He served as OAPB president in 2006, and also contributed reports on the priest sexual abuse scandal to the Academy Award-nominated documentary film "Twist of Faith."

Tom is a proud graduate of Ohio University's E.W. Scripps School of Journalism, but he got more than a great education at Ohio University. He met his wife, Gina, at Ohio University. Tom likes to read, listen to music (everything from jazz to rock to Frank Sinatra), enjoys cooking on the grill and spending time with his wife and daughter.